Someone Like Me | Gayle Berkeley and the safety of distributed

We all want to work for a company where we fit in. That's why Elastic built a Source Code that encourages all to come as they are. In the Someone Like Me blog series we highlight Elasticians who have a unique story — one, perhaps, just as unique as yours.

In this edition we talk to Gayle Berkeley, Principal Security Risk and Compliance Analyst at Elastic, about her military background, being differently abled and working remote, and raising Savannah cats in her spare time.

Where are you located and what's your role at Elastic?

I am a security risk and compliance analyst in the Information Security Department at Elastic. I've been here for almost a year. I'm in Herndon, Virginia, which is about 40 minutes outside of Washington D.C. and in the northern part of Virginia.

What do you do outside of work? What are your hobbies?

I rescue and foster Savannah cats! Savannah cats are very large cats that are part African serval. A lot of people get them and don't understand their needs, or how to keep them out of trouble. Often, they end up surrendering these cats to Savannah Cat Rescue. I volunteer for that organization. I'm also a board member of the Savannah Cat Care Fund, which helps fund veterinary and emergency services for Savannah cat owners so that they don't have to surrender them. 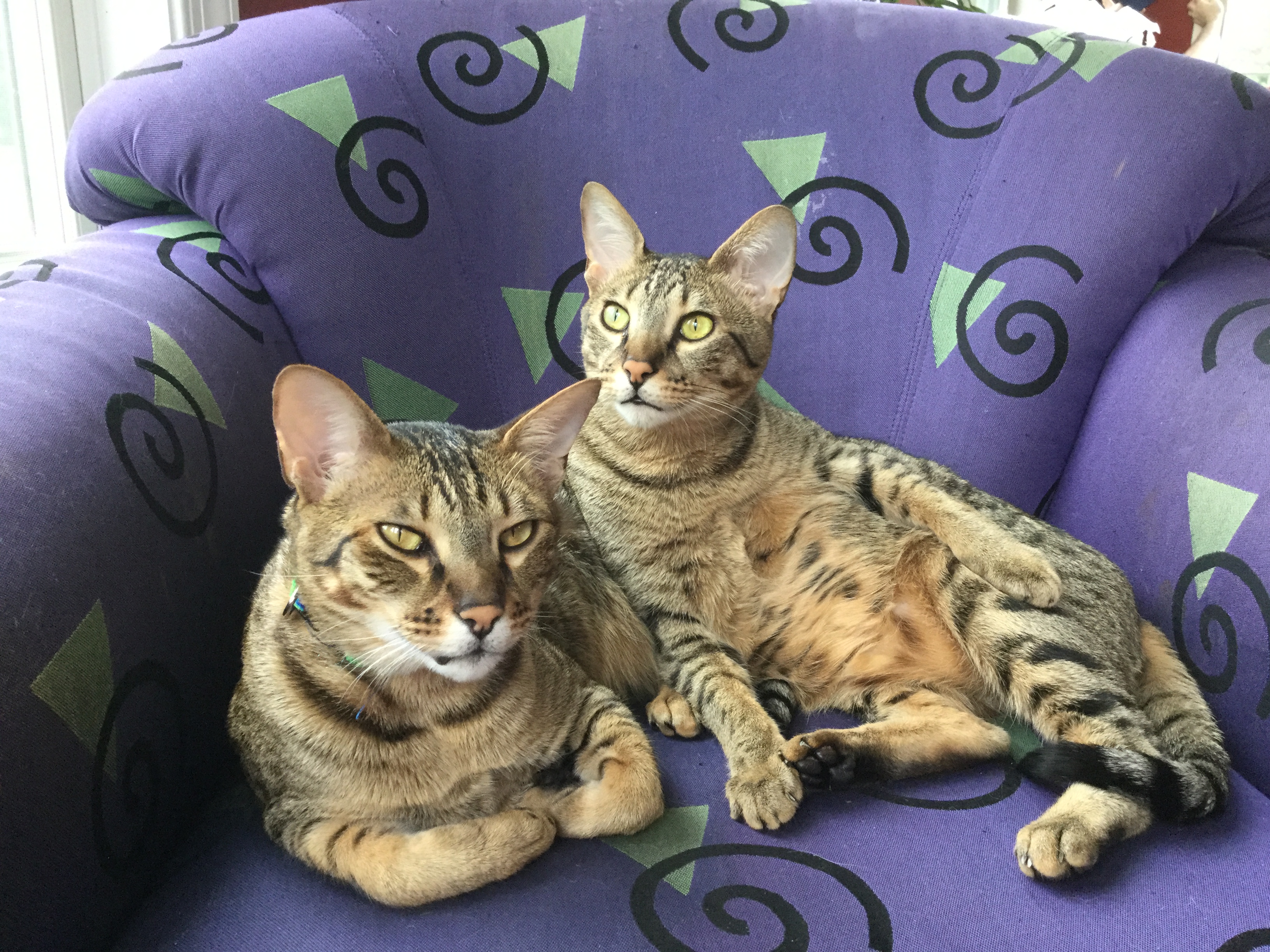 Have you always worked remote? Or is this your first remote role?

This is my first fully remote role. I spent seven years where it was a "special privilege" to have an occasional day at home. At my last role, which I was at for three years, I would have one day a week at home about every other week.

Does working remote suit you?

Working at home has been the best thing I could have ever hoped for. Being home with the cats is great. But from a health perspective, it's incredible. I'm differently abled, which goes back to 2002 when I was pregnant with my son. It was a complicated delivery, and I ended up in the ICU with blood clots in my lungs. It was traced back to a blood transfusion, and something at the micro level didn't work, so my body went into full autoimmune mode. Since then I've had more blood clots, pneumonia, asthma, and other complications. Being at home means my asthma isn't triggered by perfumes, cologne, or cigarette smoke, among other things. I also have to be more careful than most people to avoid the flu.

I'm sure with COVID-19, being able to work from home is an even greater relief.

Absolutely. I was always worried about risk, now I can forget about that for the most part. With all those external factors and worries removed, I can bring my whole brain and energy to the work.

What was your career like before coming to Elastic?

I have over 20 years of software company experience, but my first career position was in the US Army. I am a veteran of the "Cold War" era. My whole family was military. Both of my parents were Navy. My brother was a Marine. My sister married someone in the Air Force. I worked as a codebreaker at the National Security Agency (NSA). I have a lot of respect for people who serve today. It's so different than when I served. 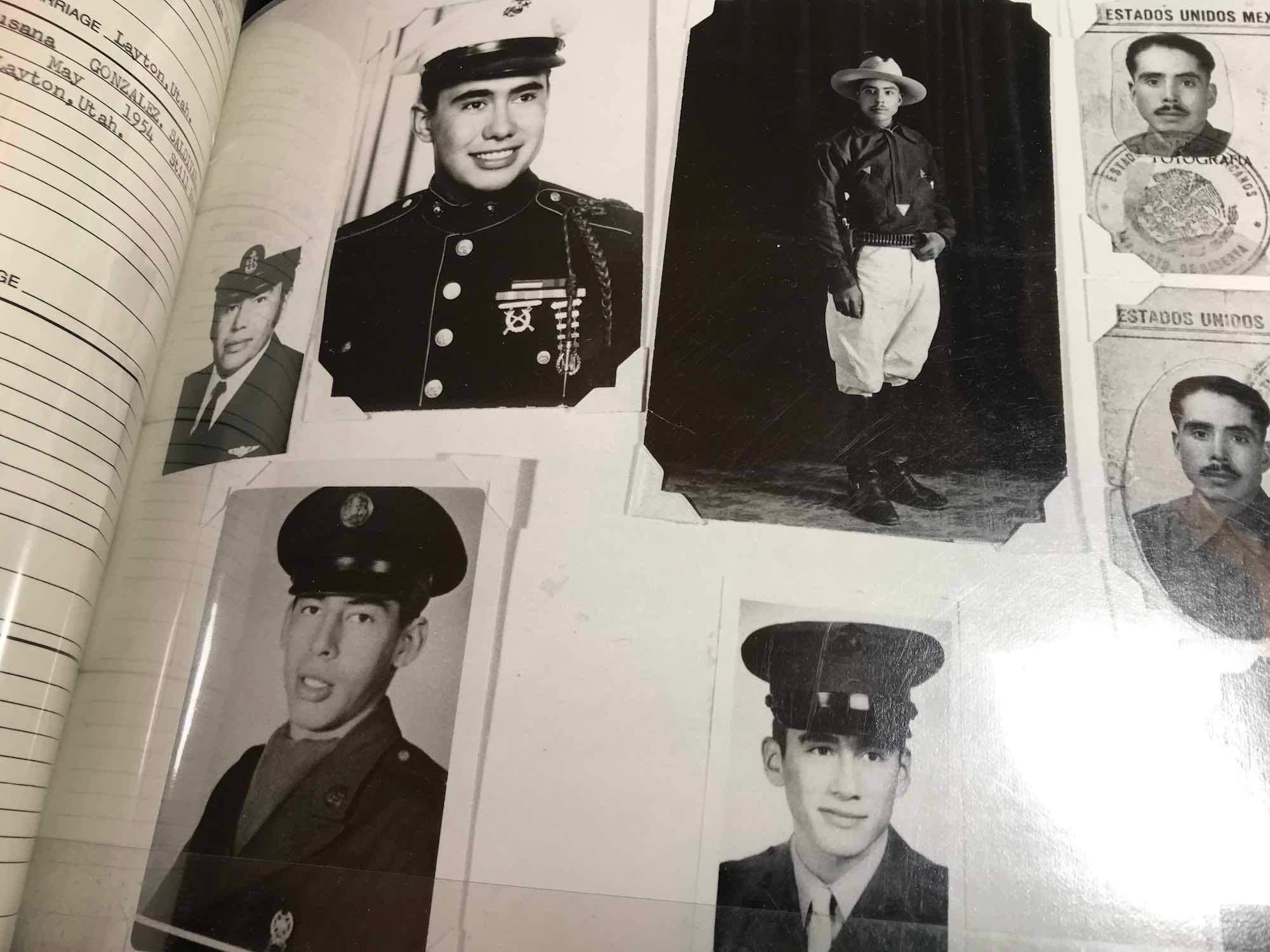 The military background on Gayle's father's side of the family.

What made you join the army, besides your family's legacy in the armed forces?

I had an interest in foreign languages and the Army agreed to send me to the Defense Language Institute in Monterey, California. I was there for German, but I ended up using my high school Spanish to do work in Spanish. I also learned a little Russian along the way.

What got you into the security space?

When I had my son I was Worldwide Vice President of IT at a Fortune 500 company. At my peak, I had about 300 people reporting to me. When I had my son, my priorities changed. I took a step back and, for a moment, considered opening a preschool because I couldn't find one for my son. I spent about a year doing that before I decided it wasn't for me, and that I wanted to get back to work where I could have a regular schedule.

I stumbled into security by accident. I came from the IT side of the house — telco, applications development, custom apps development, and building enterprise apps for internal use. That's where my background was. In 2008 I got certified as an information systems auditor. I was just fascinated with the whole concept of control frameworks and how you apply them, and how you test conformance to them. That's sort of how I ended up where I am now on the security side of the house.

Since 2015, I've been an individual contributor — maybe 20 years ago I wouldn't have wanted that, but it suits me now.

Can you talk about your experience and the journey through your career being a female with a diverse background?

The opportunities for women were very different when I started out. Taking a look at the management ranks around me, and every management position I've ever had, I'm like, the only woman or the only Hispanic or the only veteran. And some of that gets in your head, and you have to fight it. Getting to that Vice President level was a harder, slower path than it was for pretty much all of my male peers. People tended to prefer hiring men for management positions. So I was bumping into the glass ceiling for the bulk of my management career. I hope I've made it easier for those behind me to do less of that.

What brought you to Elastic?

Funny story. I wasn't looking for a new job, but Molly Cain (Senior Associate on Talent Brand, formerly on Recruiting) contacted me after seeing my LinkedIn profile. I was in an incident response role at the time and she asked me if I would be interested in a similar role at Elastic. However, when I started looking at the role, I realized that there was a more attractive position in a compliance/governance role that was posted. So I applied for that and ended up getting it.

What's your favorite part of being an individual contributor?

Our management team is amazing, and the group that I work in consists of some of the most amazing people I've ever worked with. They're just all so talented. They're motivated, self driven, collaborative. It's really nice. When I came here I had never used any of the systems that Elastic uses. I hadn't even used Elastic, though I knew about it from my InfoSec trainings.

Is there a piece of the Source Code that resonates with you?

I love all of it. The Source Code was one of the big draws of me coming here. But if I were to choose one, it would have to be Progress, SIMPLE Perfection. For my entire career, up to this point, I've been conditioned to not show my work until it was absolutely finished. I spent many years as a consultant producing deliverables that nobody would ever see until they were tossed over the fence for review. Here, that goes out the window. I like that we show as we go, and people here like to work together, comment, and shape things. We're not aiming for perfection right off the bat. It's been amazing to realize that I can confidently make steps in one direction and if it isn't right, I can course correct and that's OK.

Interested in joining a company with a Source Code to live by? We're hiring. Check out our teams and find the right career for you! Want to read more? Learn more about Life at Elastic on our blog!

Elastic
AboutPrivacy PolicyContactTerms of Use
© Rebelmouse 2020