Someone Like Me | Raya Fratkina: Working distributed at Elastic

We all want to work for a company where we fit in. That's why Elastic has built a Source Code that encourages all to come as they are. In the Someone Like Me blog series we highlight Elasticians who have a unique story — one, perhaps, just as unique as yours.

In this edition we meet Raya Fratkina, Director of Engineering for Kibana, about being a single parent of three children, one of which needs extra care, and how Elastic afforded her the opportunity to be there for her family.

First, let's start with the basics. When did you start at Elastic, and where are you located?

I'm working out of Nashua, New Hampshire. It's about an hour north of Boston. I just celebrated my two year anniversary with Elastic in March!

Can you tell us a bit about your home life and why distributed work appealed to you?

When I was looking for a job many years ago, I had three small children, so I knew I would need some flexibility. I found a job at a company that was very flexible about the hours and we agreed as part of the contract that I could work from home twice a week. It worked, but over time, and as I became a manager, it was hard to stick to this. You see, the expectation was still that people would be in the office most of the time. At the same time my kids were growing and what they needed from me was changing. One of the things people don't tell you about teenagers is that it can be hard to predict when you, as a parent, are needed. Plus, I was tired of wasting hours of my day on commuting!

What made you join Elastic? What appealed to you?

I was at my previous job for about ten years. They brought me on because they were implementing a search solution using Lucene. They had needed someone who was familiar with search but could also organize projects. I went on to lead a team, and moved into a manager and then director role — I was lucky that I had both knowledge of the product and technical side being an engineer. When I was looking for new work, the fact that Elasticsearch has search as the core of its offering really appealed to me. I was also really excited about the challenge of making tools that make it easy for people to work with their data. I had several job offers, but most of them were full time in an office. My oldest was a junior at the time and getting ready to go to college. I knew that if I lost out on that year I would regret it. So, ultimately, the distributed nature of Elastic played a major part in my decision to join the team.

What are some of the benefits of working distributed?

One of the really amazing things about working for a distributed company is that you have true flexibility to find your work/life balance. There are no fixed hours and nobody is watching. Unlike many tasks, humans cannot be rigidly scheduled or automated. When somebody is having a bad moment, they're having a bad moment. Working distributed, on my own, I can take into account when my kids will arrive home from school and schedule nothing during that time. Why? Because quite often they come in through the door with things they need to get off their chest right at that moment, and asking them about it later doesn't always work. There are days when they're sick, or when you need to drop them off at a friend's house which is only ten minutes away, but it means taking a half hour from your day. I think being able to manage your day and step away and come back is a really powerful thing for many Elasticians. 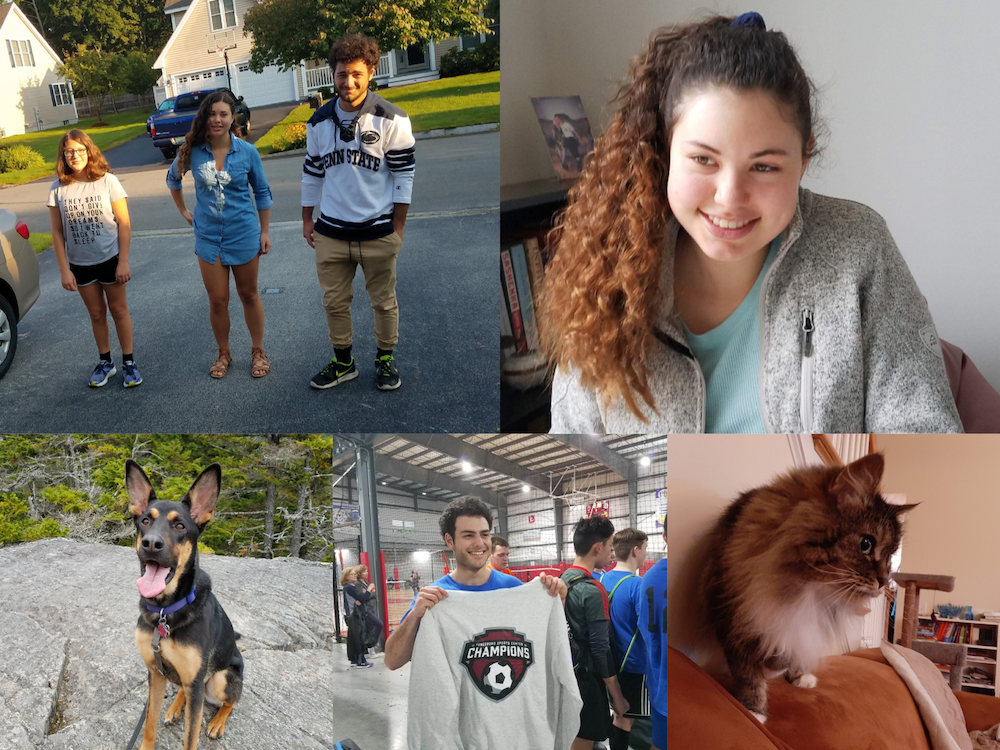 What are some of the benefits of parenting as a distributed worker?

Around the time I joined Elastic, my youngest daughter was just starting to have problems at school. All of a sudden she didn't want to go and her grades were getting worse. Turns out she has ADD which was never diagnosed in elementary school. In middle school, it all came crashing around her head, leading to intense anxiety. Two years later we are still recovering — she is learning to function again and I am learning how to parent a kid with different needs.

In the past few years she has not been able to go to school every day. We've had to do a range of tests and work with a therapist to get her back on track. The distributed and flexible culture of Elastic meant that a) I was at home with her on those bad days and did not have to wonder what is she doing from afar and b) I was able to step out for those appointments, meet with her teachers and tutors, and be involved without making complicated arrangements. In short, Elastic gave me the opportunity to just be a Mom to her whether it's for 15 minutes or a full afternoon. Finally, since I don't have to waste my time commuting, I can stay sane by going on a long walk with the dog every morning if I'm particularly stressed out. I have no idea how I would have managed the last couple years if I was still at my old job :-)

How do you handle managing a distributed team?

I had a candidate recently ask me: how do you assign tasks, and how do you know what people are working on? And my answer was, well, I don't! Not in a day-to-day sense. Two thirds of my team is in Europe, so their time zones are completely different from mine. I don't know what time they get up, or what time they eat breakfast or lunch or dinner. We have scheduled meetings when we are expected to be together. Outside of that, I honestly don't have a desire to know as long as the work is good. We work together to define project goals we're trying to reach, and I trust my engineers to manage their schedules and ask the right questions when they need to. When you start from an assumption of trust and being self directed, things get done.

If you have additional questions about what it's like to work distributed, or about joining the Elastic team late in your career, Raya welcomes you to connect with her via email to discuss.

Interested in joining a company with a Source Code to live by? We're hiring. Check out our teams and find your fit! Want to read more about life at Elastic? Read more on our blog!