Why ‘business as usual’ is killing team performance

Research by Deloitte's Center for the Edge reveals that culture, not process, will drive organizations in the future

We've been consumed by the notion that efficiency is the way to generate value for a very long time," says Andrew de Maar, Head of Research and Strategy at Deloitte's Center for the Edge.

According to de Maar and his team's research, leaders are so consumed with process and productivity, they often miss out on championing a much more critical component of long-term success: people.

Technology can be helpful to improving a work group's performance, but it's not the only answer. Ultimately, it's the practices of the people and the way they work, and how they come together to do that work that can either foster a piece of technology's potential or extinguish it. 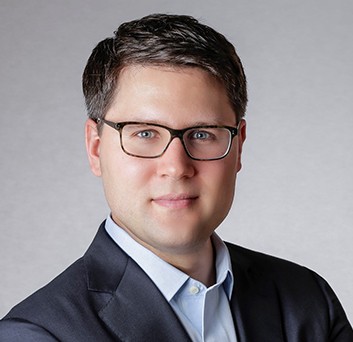 Andrew de Maar, Head of Research and Strategy at Deloitte

Through the research process, de Maar saw that when people are part of the equation, leaders tend to focus their attention on talent acquisition and talent retention — but very few leaders are focused on how they can develop the people that they have as quickly as possible while they have them. That requires a different approach, one that recognizes that people will gravitate towards the organizations and environments that position them to learn and grow faster than they can anywhere else.

To accelerate the performance of an organization and its people, de Maar advocates that leaders shift their focus away from scalable efficiency — that's what machines and automations are for — towards building systems and fostering work practices where diverse people and perspectives are encouraged to come together around new data, unearth different ways of addressing issues and, more importantly, capitalize on new opportunities. De Maar calls this model "scalable learning".

Here are a few suggestions de Maar has for leaders interested in making the most of the frontline teams in their organization and helping them get better, faster.

Encourage work to lead with questions

De Maar posits that an ideal team, defined in the research as a workgroup, is anywhere between three and 15 people, but what matters more than size is how people come together around their work.

Giving more prominence to questions also leads to more trust and collaboration. "It's a sign of vulnerability," de Maar adds. "You're saying, 'I don't know what the answer is, so let's figure it out.'"

Questions bring differing perspectives to light, which may cause some friction between team members. But even though it might feel uncomfortable, de Maar stresses that leaders and managers need to encourage and draw out friction as it can be an antidote to complacency

"It's ironic that a lot of organizations put so much emphasis on diversity, but then almost systematically neglect to make the best use of that diversity," says de Maar. "Differences in background experience and opinion can lead to fresh insights and perspectives that can directly affect how a product is made, how it's brought to market, and how it's received by customers."

In a time of mounting performance pressure, there is, understandably, a growing focus on the need to move quickly and respond to new opportunities and challenges as they arise.

But the challenge with many modern methodologies is that they tend to support a very short-term focus (execution) and, as a result, can drive leaders to lose sight of the lessons and daily practices that allow workgroups to turn insights into ingenuity more frequently in the future.

"A lot of leaders are inclined to do more, faster, rather than pausing to gauge whether they can be doing entirely different things than what they've been doing," says de Maar.

So, although it may feel counterintuitive, de Maar advises that teams and their leaders avoid this pitfall by making time to pause and reflect on the work they're doing, and how much value it's actually bringing, then allowing teams to get creative about how they're going to drive better results over the long-term.

What comes of valuing people and practices over process

While technological advancements and automations support organizations in becoming more efficient, a more pertinent factor affecting an organization's success in the future will be their work practices and the culture they create.

"When you're more focused on solving things that you haven't encountered or done before, then you're shifting the conversation from cost-savings and efficiency to value creation," says de Maar. "And when you're focused on creating new value, a lot of opinions and perspectives come into play, which means your potential for performance improvement constantly increases as time goes on. That's the kind of messy work that humans are fundamentally better at than machines."